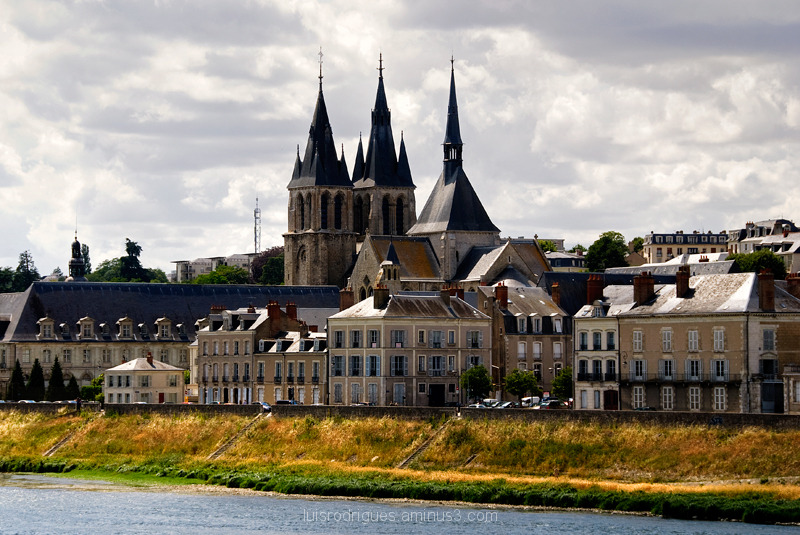 Fleeing from the Normans and carrying with them the relics of their founder, St-Laumer, some Benedictine monks found shelter in Blois where they decided to build theri abbey. the present church, today known as St-Nicolas, but whose real name is St-Laumer, was the former abbey-church.

From 1138 to 1186 these monks built the choir, the transept and the first row of columns of the abbey-church, compketing it at the beginning of the next century. During the War of Religion the church was disfigured and the abbey itself destroyed by the Protestants. In the 17th and 18th centuries abbey was rebuilt, it was turned into a hospital at the time of the Revolution.

The speed with which the church was built and the sole addition of the apse chapel in the 14th century give a surprising unity to the whole. On entering the church, one could imagine that it was worked in the same stone by the same workman, for the same majestic and robust characteristics appear in all the different parts of the church. The elegant form of the choir, the cross-bar, the majestic pillars of the transept-cross, the statues of people and masks which are to be found along the ebtire length oh the building, the perspective inside the church, where the horizontal lines dominate the verticals ; all this adds up to harmonious ensemble, which placesthe abbey-church of St-Laumer among the most remarkable examples of Franch medieval architectue.

However, two different peridos of construction - about 20 years between them - have left the building with two different, and very marked, architecturl styles. It is from the center of the church that the visitor will be able to notice these characteristics the most easily.