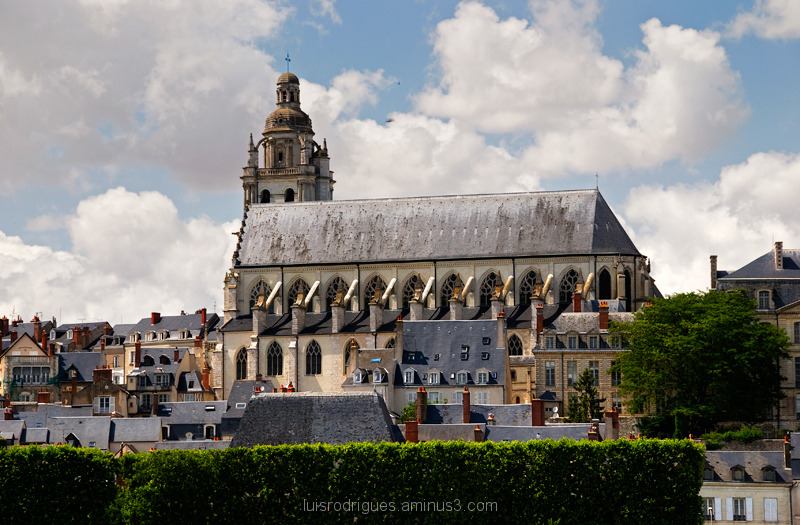 Blois Cathedral (Cathédrale Saint-Louis de Blois) is a Roman Catholic cathedral, and a national monument of France, in Blois.

It is the seat of the Bishopric of Blois, established in 1697.

This was previously the collegiate church of Saint-Solenne, the original building of which dated from the 12th century. Apart from some traces in the crypt nothing survives of this. The façade and the belltower were built in 1544. The nave was destroyed by a hurricane in 1678, and the reconstruction in Gothic style took place between 1680 and 1700 under the architect Arnoult-Séraphin Poictevin (d. 1720). The Lady Chapel by the architect Jules Potier de la Morandière was added in about 1860.

To celebrate the church's elevation to a cathedral in 1697, Louis XIV presented the organ loft in 1704. The new see thereupon took the dedication to Saint Louis.