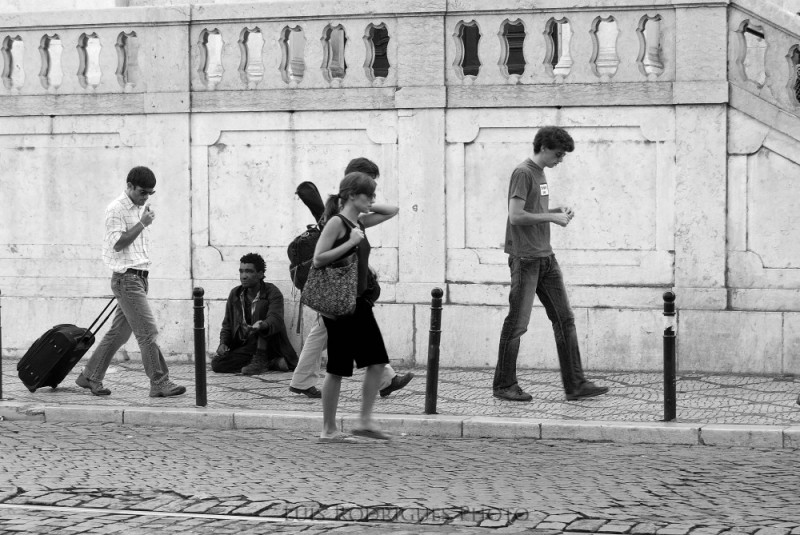 A few days ago i was in the center of the city, anxious to get beautiful photos..when i saw this really sad scene, a homeless man sitting in the street beging for a little help..but everyone pretend that he wasn't there, it was so sad..so i took some photos, because photography is not just beautiful and happy moments, photography is the way to show the reality of the world...and there are people that need some help and look to the other side of the street it is not going to solve the problem..:(

Such a strong statement this photo makes, I don't believe that they are bad human beings, I believe that most of them are torn between sympathy and self-consciousness, they fear being mocked, so they abstain. I remember encountering such a person on my way to work one day, and it was so cold out, about Minus 25c so I gave him a bit of money, and my gloves. I was stopped by someone else soon away with a look of distrust directed at me, he mumbled that all I had done was give him something that he would turn around and sell anyway. Furthermore I was only encouraging these'bums' to stick around. People become self-conscious about giving and that's a darn shame. Thanks for showing your photos, it think it's important that people re-think these things.

very nice image - I like the contast betwen the people